I am very proud of these players after a great performance against one the best teams in the competition. (Italy beat Spain 5 – 1 in their previous game).

After our first win the player’s confidence has improved and England started this game very consistent in both defence and attack. 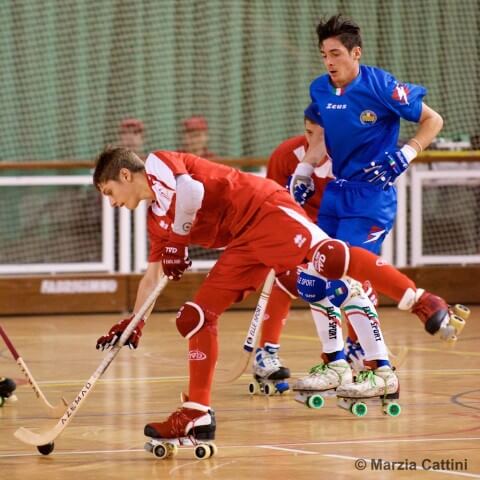 In the first half England controlled the game very well, even with the mistake that caused us to concede the first goal. After making a couple of substitutions we managed to score two great counter attacking goals before Italy equalised before the end of the half.

The second half could not have started better for us as we scored from a great attacking move. The move was followed exactly to the letter as I explained to the players at half time. We were now 3 – 2 ahead in the match.

Overall we played at the same level as Italy and we deserved to win this game, however a couple mistakes in defence cost us two goals. With the score at 4 – 3 to Italy and with less than a minute to go, the referees decision decided the game. We were attacking the Italian goal and one our player was hooked which should have been a blue card to the Italians and direct free hit for us. This would have given us a good chance to level the score at 4 – 4, but this was ignored and then they showed a Blue card to one of our players for a contact that should be only team fault.

Again a game that we didn’t deserve to lose and the refereeing decisions had big influence on Italy’s victory.

Today we are playing Switzerland at 18:30 hours