England started the game well, scoring a goal inside of the first minute. We were then punished by refereeing decisions which turned the game against us and allowed Switzerland to lead the game 4 – 1 at half time. 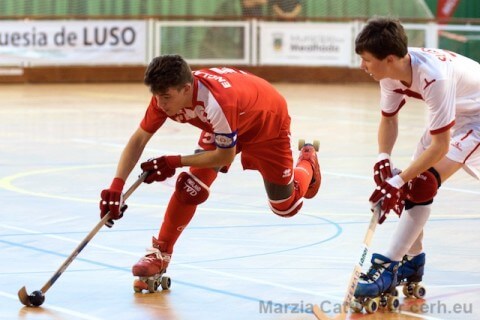 At half time I told the players to keep their heads focused on the game and to believe that we were the superior team on the pitch.

Our second half was fantastic, with the team coming back from 1 – 5 down to 4 – 5 and completely dominating the game.

Our dynamics in both our defence and attack put the Swiss team on the back foot and pushed them back in their own defence, most of the time inside their own penalty area.

This game was decided by details. The bad refereeing decisions and a lot of missing goal opportunities including five direct free hits.