We had to change our tactics for this game due to one of our most influential players being unavailable through injury. Our captain had been to the hospital and the tests showed that he was not fit to play. 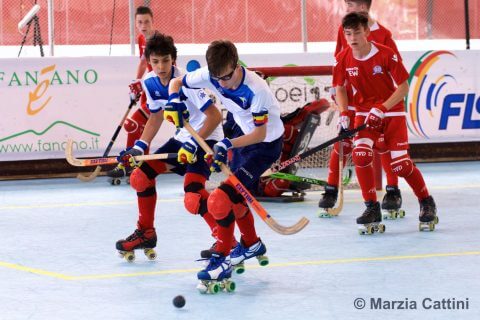 In the first half the team were focused on defending using the tactic of restricted man to man pressuring the man with the ball, however our counter attacks didn’t work and we didn’t have too much ball position.

In the second half the players began to grow in confidence and therefore started to have more ball possession. This meant that we were then creating good goal scoring opportunities.

This game gave us an opportunity to play everyone and the team responded well. Andorra are a team with experience of playing in the Cataluna League and they scored their goals from our errors.

“From observing the game rather than playing I could see all aspects of the game I was able to see in the first half, particularly certain Andorran set moves caused us many problems. Carlos corrected this with the team at half time and this prevented this in the second half. Compared to last year’s competition teams were much stronger and more competitive. For example Germany finished 5th overall however we had beat them in the group stage and proved that we were a better team than them, although the quality of our team was not well represented by our final place in the competition.”