After three great performances against Spain, Italy and Germany we didn’t show the same attitude against Israel. We were not the same TEAM that we had been prior to this game.

It was evident that the play was too individual. The players never worked for each other and didn’t show the passion that they had shown in the previous games. 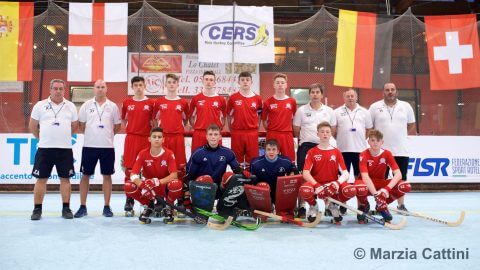 One thing that frustrated me was that any time I made a substitution there was no positive change in our game play.

Overall it was a very disappointing performance, especially when we know how talented this team is.

After the game I spoke to the players in the changing room and demonstrated to them how frustrated I was with their attitude throughout the game.

Despite this result we finished in 3rd place in group A out of the five teams and now tomorrow we will play the team that finished in 4th place in Group B, Switzerland for the 5th – 8th positional playoffs.

I am confident that the players will react well to my after match talk and that we will finish the Championship in a more positive manner.

“We let ourselves down today. We need to solve any problems we faced today in order to give a good performance in the next 2 games.”

“First half I feel we started well the level of hockey slipped. The second half we didn’t play as a team”