This game took place at:

The irregularity of the team was visible during the day over the three matches played, we drew against Sheffield, beat Halifax and then lost against Houghton Regis.

We have now played nine games, of which we have won seven, drawn one and lost one, putting us into a strong position to win the league.

Overall I am pleased that today the team showing good team play in all three games, however most of the players had long journey, travelling up in the early hours of the morning and this showed, with tiredness during the day which then affected the players concentration. 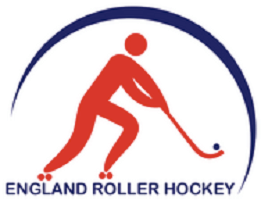 Our first game of the day was against the tournament hosts and the players had difficulties in the first half playing against a consistent and physical team.

Losing 5 – 2 in the second half, I called the time out and asked the players to pressure full rink which worked well, with the team scoring three goals in the last four minutes to finish the game with a draw

A consistent performance against one the best teams in the competition. The team followed the instruction to pressure up to the half way line on the player with the ball and the player off the ball to prevent Halifax from organising their attack. This way we had the game under control with consistent team play and good ball circulation.

The main reason for losing our first game in this division, was the fact that the players were very tired and the Houghton Regis team managed to keep a very slow speed throughout the game.

We didn’t create any counter attacks as the players didn’t react when tackling the ball. At one point in the match we were ahead 3 – 1, however we never played with enough concentration and our ball circulation was too slow, so that Houghton Regis always had time to go back in to a box formation and just wait for our mistakes to initiate their attack.

Raul Rabadan, a Spanish player in the Sheffield team made the following comment:

It is enjoyable to watch Project 2014 play, consistent team in both defence and attack. One the thing that impressed me is that I can’t talk about any individual as I have seen always team play.