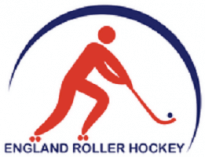 The Under 17 Final Squad travelled to Feira for 5 days preparation from 20th until 25th July 2014.

In Feira we had 2 training sessions and a game per day and the main objective was to work on tactics.

I am very pleased that the players worked very hard during the training sessions to assimilate the tactics in defence and attack.

I picked Portuguese teams with different play styles and strength to ensure the players could try the tactics using the moves that we practised in training.

Although it is not the most important thing we won all 5 games, 2 of them against strong teams and it was obvious our improvement in defence with the team helping each other, good communication and great position. When attacking we scored good goals and create great opportunities from moves practised in training which was well shown in the last 2 games.

We are now looking forward to carry on our preparation in England prior to go back to Feira for last 4 days preparation then we will fly out to Bordeaux (France) straight from Porto.

The final preparation plan can be viewed here

Under 17’s Preparation in Feira

U17 Final Squad are training in Feira