We Made History
A fantastic performance from the England Team with the players being patient and tactically almost perfect.

England played the usual man to man restricted, pressuring the man with the ball which allowed us to create good counter attacks. We had the first two opportunities of the game and our goal in the first half was well deserved. 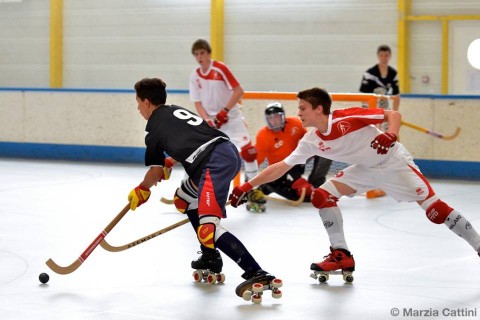 Spain couldn’t get through our defence then they decided to put a player outside their area to receive the ball and to execute long shots. Straight away, I instructed one player to go as close as possible to this player to stop the long shots.

In the second half, we worked very hard and continued to have ball possession whilst defending well, meaning Spain found it hard to score. After the Spanish managed to score a goal, we still had a great opportunity hitting the bar and then by the end of the game we had two more chances to win the game.

This result reflected the game which was the view of the press and other teams.

Although this is an historic result and shows that we are going in the right direction developing competitive teams, I would like to say that our first objective has not changed which is to beat Israel on Tuesday.

Tomorrow we will be resting and preparing for the rest of the Championships.

Photos From The Match Against Spain

Sign Up For Summer Camp 2020 at Bushfields Sports Centre, Peterborough